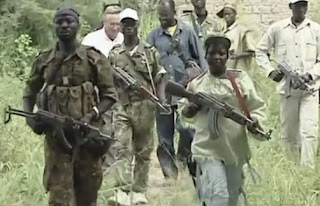 The leadership of a faction of the Ogaden National Liberation Front (ONLF) rebel group has arrived in Addis Ababa seeking to resume stalled peace talks with the central government.

Designated as a terrorist organisation, ONLF was responsible for an attack on a Chinese-run oil exploration field in which 65 Ethiopian soldiers and nine Chinese oil workers were killed.
In 2011 the ONLF alleged that government forces killed 100 civilians in the Somali region of southeastern Ethiopia, in a week-long military operation.
Posted by Guihon at 2:36 AM No comments: